When Toyota announced they were going to launch another automobile model many years ago, of a truth, many people didn’t expect any much difference between the already existing Toyota vehicles. Yes, they boast strong engines; of course, they are reliable and deliver efficiently and at maximum operation; there was still one thing missing – luxury and absolute class. Toyota needed to fix that with a new brand, and yes they did!

Lexus was the key that unleashed the luxury for Toyota and to date, the brand rates among the most luxurious vehicles, whether midsize, sedans or SUV.

Since the introduction of the Lexus brand in 1989, the brand has undergone many changes and now rate among the most luxurious brands in the automobile world. If you desire the efficiency of Toyota vehicles, the ruggedness of Nissan and the sleekness of the BMW automobiles combined in one sedan then you should look at the Lexus automobiles. From their exotic interior with lovely features and comfortable seats to their strong engine and well-designed body, you can be sure the Lexus brand gives you almost everything you desire in a classic and classy sedan.

Lexus boasts of various high-class automobiles including midsize vehicles, sedans and SUVs. Their vehicles are known for their reliable strong engines and beautiful body design. While the majority of the market still bends to the direction of orthodox Toyota vehicles because of their cheaper prices and easier accessibility, Kenyans are now beginning to look at the Lexus vehicles as a reasonable option in terms of functionality, beauty, class and overall operation. Just like Toyota vehicles, spare parts of Lexus automobile are readily available and increasingly popular in the country, a feat which has only helped the Lexus market in recent times.

With Lexus products increasing in the Kenyan market in recent times, it is essential to take a look at these vehicles, considering how much they go for in the current market and reasons they are rated among the very best. Here, we will highlight details of some of the most common Lexus vehicles in Kenya and consider how much they can be purchased for, both in the brand new and used automobile market. 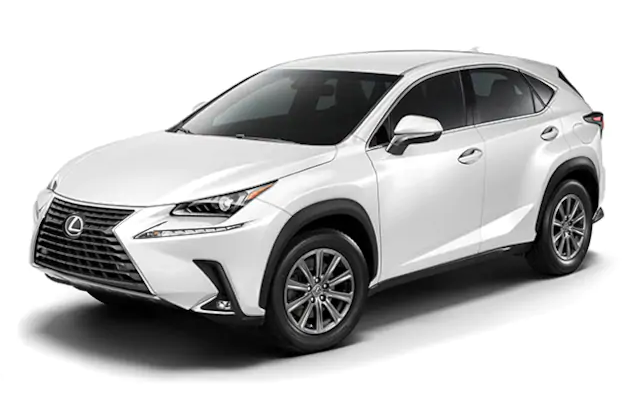 While there is a big difference in the features of these vehicles, they boast almost similar efficiency, ruggedness, safety features and overall functionality, although this depends on the type of engine it sports. They are readily available in Kenya today and boast among the most sought-after Lexus brands in the country. Deservedly so, the designs and features can only be applauded.

Here comes the tricky part. The Lexus RX family boasts a wide range of cars that are partitioned in series. The series include RX, LX, UC, ES, LS, ES, e.t.c. The features of each series differ, and so are the prices.

The average price of some new Lexus cars in Kenya includes:

The Lexus RX was the original hybrid SUV. Preceding the recognized diesel power plants means that the luxury branch of Japanese manufacturer Toyota can also offer buyers something quite different, with a smoother battery-boosted petrol engine.

Now in its 4th generation, the RX has crafted a reputation among its fans for the production of comfortable, easy to use, smooth handling and unending reliability vehicles. Although in other parts of the world, Lexus sells bigger GX and LX SUVs, the RX has been fans favourite in Kenya and looks to maintain that for years to come.

This Lexus RX comfortably rivals the BMW X5 series and Audi Q7 series. The RX has been a big seller for Lexus, and the latest models launched in 2015 and above ensure the model is up to date in terms of features, style, functionality, efficiency and overall performance. The most obvious changes are the huge new grid at the front and sharp smooth styling.

Prices of Lexus LX in Kenya 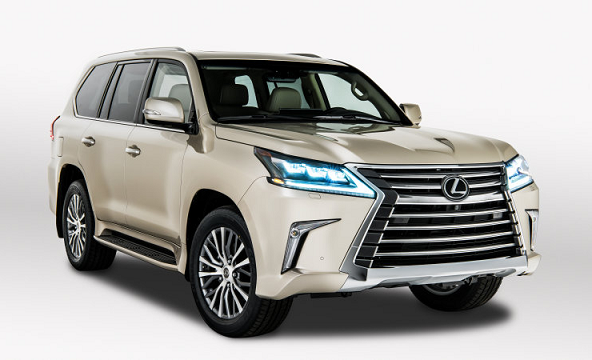 Although the RX series remains the most sought after in Kenya today, the LX series is not far behind. You want a true luxury vehicle? Then let the LX rule. Because of the series’ exquisiteness and sleekness, the automobile world has come to terms with the LX seen as acronym for Luxury. The LX series feature the popular LX 470 and LX 570.

The SUVs not only boast of remarkable functionality and overall efficiency, they are comfortable, and sports relatively easy to use features. Its exotic interior apart, you can be sure to fall in love with the handling and dashing dashboard. They are among those vehicles you see and fall in love with at first sight. They perfectly slide in for various occasions and give you that attention and class. On the road, you can brag about its firs handling and smooth malleability in tight spaces despite its size.

This has been the main talk of the town when it comes to this series. Is it very expensive? Pretty much. Is it worth the price? Every bit of it, yes! The LX is by far rated among the most expensive Lexus series in the automobile world today and it shouldn’t come as a surprise given its amazing features and remarkable efficiency.

The Lexus LX series may not be the most sought after in the SUV market in Kenya today, but it sure rates among the most rated and reliable. On the average, a brand new Lexus LX, regardless of the model, trim, currency exchange rate and other similar factors, can be purchased between Ksh 18 million and Ksh 20 Million.

Lexus LX is a big and relatively comfortable SUV that gives you a feel of class and guarantees smooth ride. It sports lovely features that boost on and off road comfort in the SUV and defines a true luxury automobile.

While it rates among the highly ranked SUVs in almost all spheres, it still does not compete with the very best mainly because, despite its luxury design, it is not as stylish and does not boast a modern touch as some other luxury SUVs. It also still has some work to do in terms of latest gadgets and overall tech appreciation. You can also mention that some other SUVs boast bigger interior and a smoother ride on the road.

The latest LX series belongs to a group that came to life with the 2008 model. There are no serious changes in terms of designs with the new models. Lexus introduced a 2-row version of the LX to compliment with the already existing standard 3-row configured pattern. The last main changes to the LX series came with the 2016 model, which saw the series swap a six-speed automatic transmission for an eight-speed, welcomed a refurbished infotainment system, and added driver assistance features. 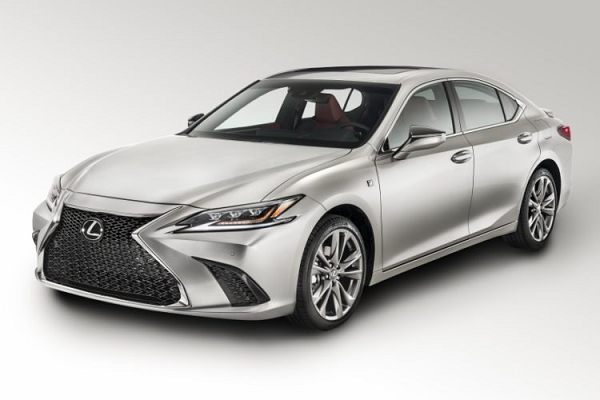 The ‘Executive Sedan’, as popularly referred to, the Lexus ES series offers you almost everything you’d desire in a mid-level sedan, with a little more touch of class and luxury. They may not be the most popular mid-range sedan in Kenya, but they surely rate among the very best in that category and stand tall among the most appreciated in the automobile world.

Their simply amazing design apart, Lexus ES sport a remarkably strong engine that makes the series very reliable and rugged. Although it is ranked among the least of Lexus sedans, especially in terms of features, style and how much they cost in the market, they maintain almost similar efficiency and still boast the vibe of all other Lexus vehicles.

Arguably the cheapest of the Luxury series, the Lexus Executive Series is one that balanced the LX and RX series. It strikes a comfortable balance and serves as a reasonable alternative to these series.

The series is seen as the lightweight of the brand as it is relatively cheaper although it is still rated very highly in the mid-range automobile market. On the average, a brand new Lexus ES, regardless of the model, trim, currency exchange rate and other similar factors, can be purchased between Ksh 2.8 million and Ksh 4 Million.

Lexus ES cabin makes for comforting accommodations, largely due to its calm and quiet atmosphere, well-cushioned seats, and abundant dimensions. With the enormous trunk, you can pack additional luggage than in most sedans in in its category. Improvement in the powertrain not only make the ES series more pleasant to drive but also more efficient.

The latest models of the Lexus ES copies interior concepts and features from two heavier and classier members of its family, the LS and the LC, to create its elegant and homely interior. The materials are mostly top quality, and they include optional leather seats, upgraded aluminium or wood trimmings, and well-built knobs and panels. Some of the most obvious improvements to the latest ES series are seen in the handling areas.

Check Prices of Other Cars in Kenya