When we talk cars that are truly classy and classic in all spheres of it, we talk BMW. Historically, BMW has enjoyed status as being the “elite”. It is not one of the random vehicles you see everywhere. Although the vehicles are designed for various occasions, they have segregated themselves to be among the most rated and loved.

Ride around in a “Beemer” as they are popularly called, and you project an aura of sophistication and elegance. You wouldn’t expect any less from a brand in the same class as the likes of Mercedes, Jaguar, and Rolls Royce. While the automobile brand boasts of so many sophisticating vehicle series, one stands out and remains among the most popular – introducing the BMW X series.

Whatever amazing things you have heard about the X series are most likely true. From the amazingly powerful engine to its extraordinary performance on the road through to its truly remarkable interior and well-built body, only one thing oozes at the sight of the BMW X series – class.

By all means, the X series rate among the most popular and most sought-after BMW series in Africa. They not only fit into various occasions, but the vehicles in this series also boast amazing features that make them popular among elite vehicles in recent times. Talk about performance, talk about efficiency, talk about durability and ruggedness, the X series tick the boxes and lots more.

There are various classes of the X series in the market today. They vary in sizes, designs, features and prices. While these series vary in diverse ways, they maintain almost similar efficiency and all carry the same feel and vibe of the BMW. Generally, the various X series models available today also slightly vary in functionality and operation, although they uphold guaranteed efficiency and flawless handling. They also sometimes vary in fuel efficiency, engine sizes and some other core features.

It is no secret the Kenyan market loves these vehicles. Although they are relatively expensive, considering the price they go for in the market and their maintenance, they still somehow rate among the top most loved vehicle around. This post answers some questions about prices of various models of this series. Here, we will take a look at some of the most popular models in the series, their core properties and how much they go for in the market, both new and used.

Prices of BMW X1 in Kenya

Buying an X1 is straightforward: its selection list is best described as BMW Lite, with only one main choice. As the brand’s entry-level, small SUV, the X1 misses out on some ingenious tech equipment and luxurious features like ventilated front seats.

On the average, a brand new BMW X1 can be purchased between KSh 6 million and Ksh 8 million . It’s the cheapest BMW SUV available today.

Prices of BMW X3 in Kenya

The BMW X3 is not the most popular BMW vehicle in the market. You wouldn’t expect so much from a vehicle that started relatively low compared to other members of the X series. Yet, the feel around this SUV is amazing.

From its interior to its outstanding build, you wouldn’t expect it to come cheap. With the current inconsistency in the currency exchange rate, a brand new BMW X3 can still be gotten between Ksh 7 million and ksh 10 Million. Factors like custom clearance charges and place and period of purchase may directly or indirectly influence the eventual price of the SUV.

Prices of BMW X5 in Kenya

On average, a brand new BMW X5, regardless of the model, trim, currency exchange rate and other similar factors, can be purchased between Ksh 12  million and Ksh 17 Million.

Prices of BMW X6 in Kenya

On average, a brand new BMW X6, regardless of the model, trim, currency exchange rate, and other similar factors, can be purchased between Ksh 154 Million and Ksh 20 Million.

Cost of BMW X8 in Kenya

These prices highly vary because of some factors such as type of the BMW, the model, the year of production among other factors. Also, these prices are not fixed and can be negotiated accordingly.

Irrespective on the model series you buy, owning a BMW will give you certain privileges because of the unique features the cars possess. Some of these features include Power steering, door sound, driver airbag, power windows front, and anti-lock braking systems. 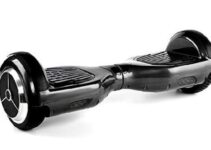