In the beginning, there were large computers (popularly referred to as mainframe computers). These computers mainly served the elite league of persons back then. Series of innovations later led to the development of laptops, palmtops, and other gadgets. The laptop is a small and portable version of desktop computers, with most having a faster processor speed and battery life.

Before checking the Laptop prices in Kenya, you may need to find the right brand of laptop, which can be very dreadful. Not to worry, the best brands of laptops in the world are listed below to make your choice easier.

They comprise various editions like iMac, MacBook Air, MacBook Pro, and MacBook. They are embroiled with an Apple logo on the back of the laptop to make it more glamorous. They are reliable, durable, easy to use, and portable. They include retina technology that gives a clear display on the screen.

They are cheap, durable, powerful, and accessible. They come in varieties like Dell XPS and Inspiron. They comprise unique features inclusive of touch screens, backlit keyboards, powerful processors, and strong batteries.

They incorporate versions like the Yoga and Flex series focused on improving the working capacity of their customers. They include graphics, touchpad, keyboard, display, and audio quality features.

They are affordable, dependable, long-lasting, as well as have a great performance. They are available in Envy, Spectre, Pavilion, and Elite editions.

They are economical, simple to operate, and dependable. They consist of improved features in every version targeted at making everyday tasks less stressful for users.

They have invented some robust laptops over the years that encompasses the popular ATIV Book 9 Pro and ATIV Book 9 Plus. They possess fascinating specifications like ultra-thin design, durable batteries, and keyboards.

They are made up of quality hardware, HD displays, powerful batteries, storage devices, as well as an in-house motherboard. They have a lineup of laptop varieties that are affordable, reliable, and durable to choose from. 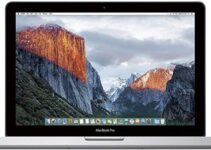 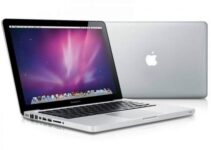