Ask any true follower and fan of the automobile industry, there is one brand, one model of car that is on everyone’s wish list –The Range Rover. When young or old, man or woman, the Range Rover has space and bears the taste of everyone.

Apart from the fact that it rates among the most coveted ride in recent times in Kenya, its features, design, interior, and firm handling make it stand firmly among everyone’s favourites. If you are a lover of vehicles, you most likely wouldn’t have anything against this classic, classy, and class dispensing mobile magic.

The Evolution of the Range Rover has been epic. From the time Land Rover released the first type and model in 1970 through to the time it swept off the SUV market in the 2000s and through to when it became the talk of the town and the signature of the big boys over the past years, it was always sure the brand is up to something; and something even bigger to come. Range Rover is truly a definition of a sleek, rugged, efficient, and ever reliable SUV that maintains its class in the smoothest of fashions. 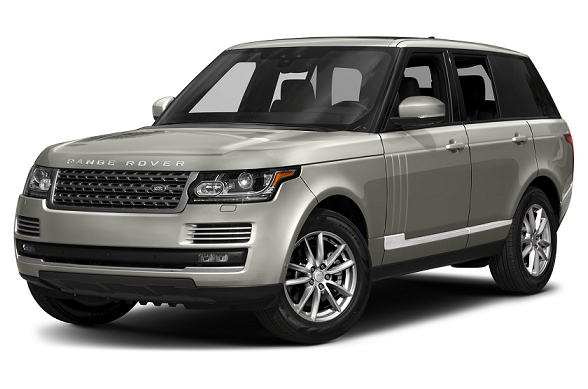 There are various types of Range Rover vehicles in the automobile world today. While these vehicles slightly boast similar designs and concepts, they vary in features, sizes, shapes, and most of the time, prices. Generally, the various Range Rover models available today also slightly vary in functionality and operation, although they maintain guaranteed efficiency and impeccable handling. They sometimes vary in fuel mileage, engine sizes, and some other core features.

The Kenyan market has grown to love these vehicles. Although they are remarkably expensive, both in terms of purchase and maintenance, they still rate among the most coveted and sought after SUVs in Kenya today. The amount these vehicles go for in the market has been subject to discussions these days and it is worth taking a look at. While o one doubts their value, functionality level, and efficiency, some questions have been raised about their prices.

In this post, we will take a look at some of the most common Range Rover vehicles today and consider how much they go for in the market.

The Sport is arguably one of the most popular Range Rover in Kenya today. To a lot of people, the Range Rover Sport is an icon of the Land Rover brand. A true beast of a car capable of amazing off-road action combined with a great on-road persona. When it comes to ruggedness, class, and on the road balance and style, you can comfortably rate the Sport among the top cars in the automobile world today. While the vehicle maintains its class and reputation as one of the strongest in the Land Rover stream of vehicles, its latest models have drastically erupted to be among the very best in the world.

On average, a brand new Range Rover Sport can be purchased between Ksh 18 million and Ksh 22 Million depending on the trim, model, and currency exchange rate at the time of purchase.

According to Land Rover, the 2018 and 2019 versions are regarded as the most dynamic Range Rover ever. Although they are not designed to be the road-focused SUV like some other Range Rover brands, they still boast sport-like features. Smaller than the usual Range Rover, it boasts the option of seven seats, just like the discovery, although it is slightly handier while maintaining much of the stately on and off-road prowess of the typical Range Rover.

The handling is not excessively quick, and Land Rover does not make it as weighty as some popular SUVs in its category, which suits the car’s luxury sporty feel, and makes this road magic more relaxing at the wheel as a driver or passenger than it might else have been if Land Rover had overdone the sportiness. The eight-speed gearbox, as usual for Land Rover, is not the speediest witted, but again, it’s smoother when being plied gently, cruising with ease, and going about its business smoothly.

The Range Rover Sport has one of the widest ranges of any large SUV. It is just about handy and smooth enough to be pleasurable, convincingly luxurious, comfortable, stylish and its tech updates for the latest models add a welcome dose of modernity to a car that has been behind its German rivals in terms of tech and gadgets.

It is most likely you have come across the Range Rover Vogue when you are sliding through the list of most luxurious 4 by 4 SUVs in the automobile world today. Apart from the fact that it currently rates the flagship automobile of the Land Rover brand, it is classified among the sleekest and most elegant Range Rover. Kenyans know it; the world respects it; the fans savour it. With Vogue, you can be sure to drive boldly into any occasion and command attention. It is no wonder it is seen as the vehicle for the big boys. Ever doubt the creativity, uniqueness, and brand class of Land Rover? Take a look at the range Rover Vogue again.

Although not as common and popular in Kenya as the Range Rover Sport, the Vogue simply sits with the big guns in the SUV world and deserves to be mentioned among the very best. It is gradually becoming people’s favourite just behind the Sport and it is only a matter of time before it erupts as the most sought after.

On average, a brand new Range Rover Vogue can be purchased for anything between Ksh 20 million and Ksh 23 Million depending on the trim, model, and currency exchange rate at the time of purchase.

Like most other Range Rover lineups, the Vogue doesn’t disappoint in terms of firm handling and smooth riding. Its Terrain Response system alongside its standard air suspension aids its functionality and delivers the ultimate overall great efficiency and operation. That ensures better off-road ability than many riders and passengers will even ask for while providing one of the poshest on-road trips of any other SUV in the world today.

The Range Rover Vogue is a vehicle that has only enhanced the popularity and respect the world has for the Land Rover brand. The mobile magic does not lack any of the superb luxury and refinement of its more exclusive siblings. It is an intimidating rival for other SUVs in its category, with a price to reflect that. With a host of user-friendly equipment, it gives you a homely feel and is worth the price it goes for to the last bit, and there’s a real sense of excitement every time you are on the wheels or the passengers’ seat, allowing you to savour the deluxe interior.

The Range Rover Velar is the newest addition to Land Rover’s Range Rover line-up. It is an all-new entry with a name that would most likely be familiar with lovers, fans and followers of the Range Rover series. The Velar name goes back to the early 1960s when it was first used as a codename to disguise innovative Range Rover samples.

As it stands, the new Velar poses possibly the oldest name in the Range Rover series. This lovely vehicle plugs the gaps between the Range Rover Sport and the Vogue, both in terms of size, features, functionality and special effects. The same cannot be said with the design though as the Velar boasts a very unique design that rates it among the finest of them all.

The Range Rover Velar is arguably the least popular in the Range Rover series. Although it is getting increasingly common in the automobile market in Kenya today, it is still a few miles off the likes of Sport and Vogue, you wouldn’t expect anything less or more from the latest flagship of Land Rover. On average, a brand new Range Rover Velar costs between Ksh 22 million and Ksh 25 Million depending on the trim, model, and currency exchange rate at the time of purchase.

Range Rover Velar cuts a more distinct shape compared to the rest of the Range Rover series, with a brand new design concept and a stylish roofline. It does not quite occupy a new SUV position, but it is by far the closest Land Rover has come to filling that small SUV niche. The Velar’s position in the series and its general shape and design means that it occupies plenty of bases, and as such, it enters the market with a whole lot of rivals to compete with.

Like most other vehicles in the series, Land Rover offers a wide range of engines, features and specs. Basic Velar models notch that attractive entry-level price tag, seven more versions slot in above – S, SE, HSE cars plus sporty-looking R-Dynamic S, SE and HSE models. There is also a wide range of diesel and petrol options when it comes to engine capacities, although the most basic, cheapest and simplest Velar model only comes with a 178bhp 2.0-litre turbodiesel. Powertrain choices also open up extra up the range with a 237bhp 2.0-litre diesel and a 3.0-litre V6 diesel, generating either 271bhp or 296bhp, badged D275 and D300 respectively. 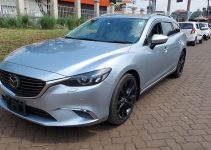 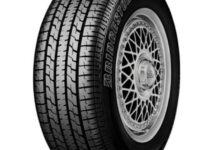