It is amazing to see how the automobile world has drastically improved in recent times. The advancement of the auto industry has prompted and encouraged lots of automobile brands to manufacture even better and more customer-friendly rides.

While some of these brands have dominated the market and has taken the industry by storm, a few others have targeted only a little portion of the population, building a niche and satisfying their customers to the maximum. One of these brands is Subaru. The Subaru has streamlined its market, focusing on specific countries and dominating major parts of the world, including the United States and one of their standout vehicles is the Subaru Impreza.

The Subaru Impreza impresses as much as its name. The efficient, highly functional, and driver-friendly sedan has been a revelation since it was first released in 1992. While the vehicle isn’t as popular in the Western parts of Africa, it has dominated the market in East Africa, ranking among the most sought after sedan in recent times. 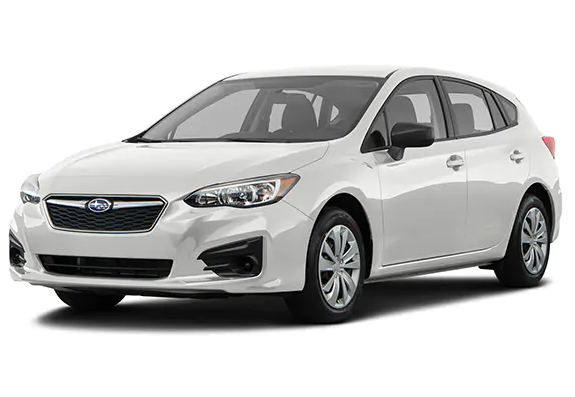 Deservedly so, the lovely sedan boasts remarkable features and amazing characteristics. Although the spare parts are still not as readily available as some other brands, they still rate among fan’s favourite, thanks to their durability and efficiency. The fuel mileage is another reason the vehicle has walked its way into the hearts of the people.

If one thing is to be debated about this vehicle, it is the price. The Subaru Impreza is not the most expensive vehicle in Kenya today, neither is it the cheapest. In this post, we will take a look at how much Subaru Impreza go for in the market in Kenya today. We will also consider some basic features that make the vehicle rate among the most patronized.

A brand new Subaru impresa costs between Ksh 3.8 million and Ksh 5 Million. Doesn’t seem expensive for a vehicle that offers such efficiency and maximum functionality. While so many fans don’t have any issues as regards the price, some others have questioned the rate at which the brand new go for, especially when compared with more popular brands. The valid point there. Impreza is a little more expensive than an average mid-range sedan in its category although it’s quality, durability, smooth handling, and amazingly lovely interior justify that.

The variation in the price could be a result of slight changes in the automobile market or variation in the currency exchange rate. Also, the place and period of purchase play an important part in the variation of the prices. For instance, vehicles are usually more expensive during festive periods as there is a general increase in the demand for vehicles during these periods. Brand new Subaru impresa can be purchased directly from the manufacturer or via a local distributor.

For all the right reasons, buying a used Suzuki Impreza isn’t such a bad idea. Are durability and efficiency apart, you save a chunk of money by going for a rather cheaper and relatively more convenient used version of the vehicle.

Provided the used Impreza is still in great condition and still works as efficiently as expected, you can be sure to enjoy it. The impresa boasts an impressive second-hand value and has been appreciated all over the world. Let us take a quick look at how much various models go for in the current market. We will separately consider prices of foreign used and locally used Impreza in Kenya today.

Thanks to the design and top quality, Subaru can withstand various environments and harsh factors and still maintain its efficiency and overall functionality. The mechanical condition of the car, the fuel mileage, neatness, engine strength, and overall efficiency are a few factors to consider when buying a used Subaru vehicle.

Noted that these factors also affect the eventual price of the vehicle.  Also, factors like currency exchange rate, clearance and custom charges, and other clearing-related charges influence the possible cost of the used Subaru Impreza. Used vehicles have been embraced in Kenya in recent times. These vehicles are readily available in the market.

Things You Should Know About the Subaru Impreza

The Subaru Impreza switches into its 5th generation, and still maintains that swagger, efficiency and class since it was first launched in 1992. Although the design of the latest model is still attractive and sleek, don’t expect this hatchback with big wings, blue paint and gold alloys.

The Subaru Impreza conveniently seats five people on average cloth upholstery. Leather material, heated front seats, and a power-adjustable driver’s seat are available. Unlike some rivals with confined interiors, the Impreza boasts plenty of space for adults in both rows. The seats are comfortable and calming, and it is easy for drivers to find an appropriate driving position. Visibility is brilliant in all directions. The interior is classy and boasts of various top-class features and gadgets.

The latest model of the Subaru Impreza is a good vehicle. Offered in sedan and hatchback trims and featuring standard all-wheel drive, it ticks many of the boxes for a mini-family car. It also has good fuel economy, plenty of space for passengers, easy-to-use technology, and is quite easy to maintain. The hatchback also has a decent amount of luggage space. In the competitive compact-car class, there are some better rivals in terms of engine power and efficiency.