People buy vehicles for various reasons. Some buy for the fun and comfort; some buy to serve as a convenient means of transportation; some even buy to brag. Whatever reason you have to want to buy a vehicle, the Toyota Harrier answers you in the most emphatic of ways, fitting into every possible reason you might have to want to purchase one. Talk about its beauty; talk about its class and don’t forget to specially mention its efficiency. If you are a lover and fan of cars, the Harrier is one you can be sure to fall in love with at first sight.

Before midsize SUVs like the Toyota Harrier and RAV4 came into production, there was actually nothing between the regular SUV and the sedan. People enjoyed the litheness of the SUV, but some didn’t totally feel cool with the hugeness and the chunkiness allied with full-size SUVs available at the time. Some also loved the sportiness of sedans and the handling but didn’t feel the vibe it commanded on the road. They needed a balance and the Harrier came as a perfect option, along with some other crossover SUVs. 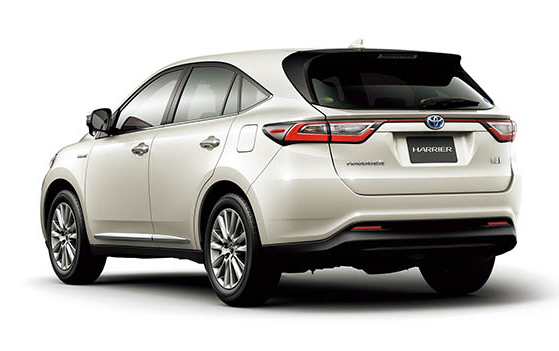 Unlike several other mid-size SUVs, the Toyota Harrier utilized a lot of technologies that were already tried. The car is has been widely accepted in various parts of the world and Kenya has warmly embraced this road revelation, just like they did most other Toyota products. Perfect as a personal ride or family SUV, the Harrier has gained lots of reputation for its dynamism both in functionality, efficiency, and overall performance.

Let us now take a quick look at this vehicle, considering its specifications and how much it currently goes for in the automobile market in Kenya.

The brand new version of the latest models can be gotten directly from any Toyota store all over the world. For ease, they can also be gotten from local and international distributors within and outside the country. On average, a brand new Harrier can be purchased for between KSH 8 million and KSh12 million depending on the trim, model, and currency exchange rate at the time of purchase.

Toyota Harrier remains among the most sought-after Toyota crossover SUVs in Kenya today. Since it was officially launched in 1997, Toyota has managed to release a new brand every year, ranking among the oldest Toyota brands to date.  The mid-size SUV has undergone a remarkable upgrade and the 2013 model remains among the most popular in the market.

Kenya has become one of the top African countries that embrace the importation of used vehicles from outside the country. In recent years, there is a higher consumption or patronage of used vehicles, whether locally or foreign used, compared to that of brand new cars. This is because it makes it easier for end-users to get a cheaper deal and also saves them so much stress of importation and customs clearance. Although foreign currency exchange rates and customs duties and tariffs usually affect the prices of these vehicles, they are still relatively affordable and valuable.

Toyota Harrier maintains a high resale and second-hand value thanks to its ruggedness and durability. This means that the usage of the car of about 3 to 5 years does not affect the efficiency and quality of the car, thereby maintaining its value.

Some more stuff about the Toyota Harrier

Toyota Harrier rates among the most successful Toyota automobile brands in the 21st century. Its publicity and adverts apart, the sleek SUV’s functionality, efficiency, and fuel mileage grade it among the very best crossover SUVs in the automobile world. The vehicle was officially launched in 1997. The following year marked the face lifting of the vehicle and it was rebadged as the well-known Lexus RX in the export market. The account of the car could be suitably classified into three generations. However more revitalized and the autonomous versions were launched after the year 2003.

Toyota refreshed this smooth vehicle in 2013, when it transformed into a self-governing model line built on a separate platform from the Lexus RX but maintains a visual link with the RX. The harrier boasts of lovely features including safety features, strong engine capacity, spacious interior, and well-designed exterior. If it all goes wrong, the Harrier boasts a remarkable seven airbags, which should improve your chances of surviving a major crash.

When it comes to comfort, Harrier is top-class. It features auto headlights and wipers and the hatchback and driver’s seat are electrically operated. It also features a lane detection system that can both notify you if you’re about to waif over the line and, if you ignore it, gently steer you back onto the conventional road.

The Toyota Harrier runs on a Group 35 size battery.

Toyota Harrier: Things you will Like About the vehicle

If you are still wondering why Toyota Harrier is the talk of the town, get in here! This section is for you. Here are some things you will surely like about this crossover SUV.

Toyota Harrier: Some Things You May Not About the vehicle