Toyota Hiace is one of the most popular modern-day buses in Kenya today. Talk about comfort and holding capacity, it is difficult to look beyond Hiace. Toyota has built a dynasty of standout automobiles and the Toyota Hiace, like most other Toyota brands, have over time proven to be reliable, durable and efficient enough to be rated among the very best in its category.

This bus is one that is synonymous with cross-state and long distance travels. It comes with the ability to move quickly on the ground, ensuring that you are able to get to your destination in proper time. 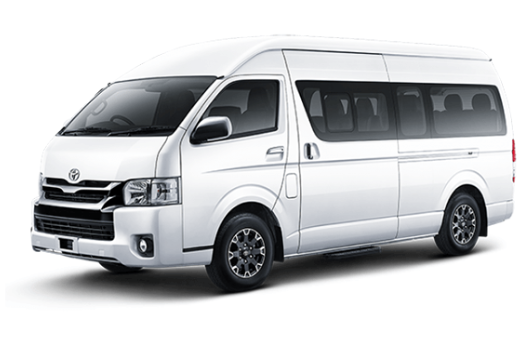 The Toyota Hiace has definitely undergone quite a lot of changes as well, with the newer generation of Hiace buses marking a distinct variation from the conventional older models that were designed in the 60s. However, while the brand has definitely achieved a lot of progress as regards its aesthetic appeal and ability to portray a professional image, the new age of Hiace uses have definitely not lost the durability, speed and reliability that made the older generation popular.

It is quite easy to see why this Toyota automobile has been wonderfully embraced in Kenya. Apart from the fact that they are relatively comfortable stand firmly on the road, they are easy to manoeuvre in tight corners despite its size. The spare parts are also readily available and affordable, just like most other Toyota brands.

Have you ever wondered how much Toyota Hiace goes for in Kenya automobile market? You are on the right page. In this post, we will take a look at the prices of the various models of this bus. We will consider the prices of the brand new, foreign used and locally used versions of the vehicle.

Toyota Hiace is one of the most expensive in its category. You wouldn’t argue much with this given its functionality and efficiency, both on and off the road. The latest models of Hiace can be gotten for anything between KSh 4,800,000 and KSh 6,300,000 depending on the trim. Also, features like currency exchange rate and custom clearance charges.

Toyota Hiace are relatively easy to get in Kenya. They can be purchased directly from Toyota companies all over the world or through a direct local or international distributor across the country. With a lot of drivers appreciating the features, functionality and efficiency of Toyota Hiace, the brand has been encouraged to manufacture more of the same model year after year.

For strong and durable automobiles like Toyota Hiace, getting a used version is never a bad idea. Whether foreign or locally used, you can still boast of the vehicle’s efficiency and overall functionality. The Kenya market has grown to embrace these vehicles and for a very good reason.They are considered relatively cheaper than the bran new versions while still maintaining almost the same efficiency and ruggedness.

The list below shows the prices of foreign used and locally used Toyota Hiace in Kenya in the current market. Please noted that the variation in these prices is as a result of some certain factors including the year of production of the vehicle, the condition of the vehicle, currency exchange rate at the time of purchase, custom clearance tariffs and other similar factors.

Toyota Hiace: Things You Should Know About the vehicle

The Toyota Hiace is one of the Toyota vehicle series with the most vehicles included.  From the classics to some of the most conventional variants, the Hiace brand rates among Toyota’s most commercially successful series. Toyota Hiace functions best as a light commercial van. The vehicle was first launched in 1967, although there have been various remodels and redesigns to the classic first generation of cars.

The first generation of Hiace cars, released in 1967, was offered as a cab over pick-up, commuter and delivery vehicle. Upon introduction, the vehicle had a wide array of engine sizes for different members. The second generation of Toyota Hiace vehicles came with a generally longer, more streamlined structure, as well as the incorporation of single headlights. The commuter models were able to seat up to 15 passengers. The second generation, just like the first, is also really rare as of now. However, there are definitely a few variants still being produced.

Known for their affordability and high-end capabilities, there is no doubt to the fact that a Toyota Hiace will be able to serve your needs effectively, regardless of where you will like to go. The buses have a versatile set of applications as well, being able to work as a means of public transportation or official vehicles for rallies, concerts, programs and conferences.

What you’ll love about the Toyota Hiace

Performance Issues with Full Occupancy: It is a major problem that is aced by a lot of large vehicles, and the Toyota Hiace is sadly not immune to it. When in full capacity, the load tends to bear quite a lot of weight on the vehicle, and this can cause it to have some performance issues. You might get proper performance from a fully packed Hiace when it’s new, but there is a large probability that it will end up deteriorating over time.

No Cruise and Stability Controls: The Toyota Hiace is notorious for not having cruise and stability controls, and this can end up affecting the ability of the driver to handle it when it hits its top speed.