There is one thing about Toyota vehicles that have made them very popular in the automobile world today: they are sleek, efficient, wonderfully designed, and offer remarkable value for money. Just when the world thought they had enjoyed the best of Toyota, the brand released another scintillating vehicle – The Toyota Premio.

The Toyota Premio is a flagship automobile that entered the mobile market with style and class in 2001. Apart from the fact that the vehicle boasts a remarkable body and design, both interior and exterior, its functionality, efficiency, and overall handling make it a superior value for money. Although the vehicle may not be as popular and sought after as the likes of Camry and Corolla, it has successfully built a growing market in Kenya, with the world beginning to appreciate its value at the highest level. 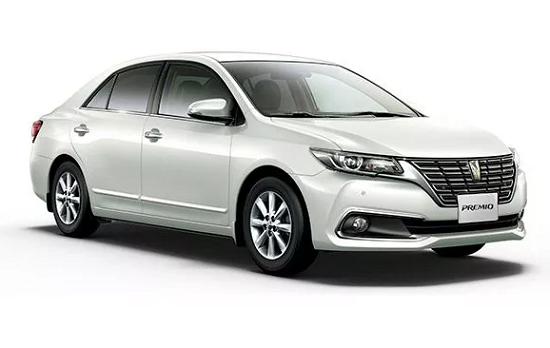 Like most other Toyota vehicles, the spare parts of the Premio is relatively easy to come by and affordable, one reason it is even more popular in Kenya today. Toyota has always strived to expedite its fans and customers with comfort and ease through their automobiles. This vehicle has not only fulfilled the brand promise by its efficiency, durability, and overall operations, it has also added a sweet taste with its beautiful design and classy touch. Little wonder it has become one of the most sought after vehicles in Kenya today.

Do you want to know more about Toyota Premio? You are on the right page. Here, we will take a look at some of the core specifications of this automobile and how much they go for in the current market in Kenya.

While Premio is not the most expensive vehicles in the automobile market, it is also not the cheapest. Given the quality of the vehicle, the functionality, and overall operation, you wouldn’t have so much to complain about how much it goes for in the market. The latest models of Premio can be gotten for between KSh 2,300,000 and KSh 4,300,000 depending on the trim.

Take a minute to appreciate such a lovely and innovative automobile. The Premio does not the only rate among the leading Toyota vehicles in Kenya today in terms of market value and demand rate, but it also stands among the very best. Since it dived into the automobile market in 2001, it has remarkably improved in almost all spheres and deserves the recognition it gets today.

The market for used vehicles has grown in recent times and it is easy to see why. They are easier to acquire, relatively and considerably cheaper and yet, with all things being equal, they maintain similar functionality and overall operation as brand new versions. They may not be as sleek, smooth, and neat as the brand new versions, but they have as much high efficiency.

The Toyota Premio is becoming more and more popular in the automobile market in Kenya and the availability has significantly improved in the local scene. Foreign used vehicles are usually more expensive than locally used versions. Here, we will compute the prices of used Premio in Kenya today, considering both local and foreign used versions.

Toyota Premio: Some Things you Need to Know

The Toyota Premio entered the market along with its twin, the Toyota Allion, in 2001. Although it didn’t get so popular until later models were launched ten years later. Known for its efficiency and absolute class, the Premio has dominated the Kenyan market in recent times and does not look to stop.

The high-performance engine is the most essential factor that has made the car appreciated in the market. The large curvy bonnet encloses a staggering 16-valve DOHC engine which ensures smooth efficiency and operation. The engine has the capacity to produce more power from a low displacement engine, resulting in top-end power. It carries 1500cc displacement and drives a power output of 109bhp rotating at 6000rpm. The engine is further mated with Variable Valve Timing with Intelligence (VVT-i) system that works to profit in improving fuel consumption and engine power along with the reduction of carbon dioxide emissions.

The Premio does not fail when it comes to providing comfort and high-class technology. The interior is beautifully and stylishly tailored with leather fabric seats that provide comfort to both the driver and the passengers. Also, the car is relatively spacious, encircling a roomy cabin area and the boot space.

Toyota Premio: Some Things you will Like About the vehicle

Beautiful Design and Body: this is probably the first thing that will attract you to this vehicle. It boasts a wonderfully designed exterior that makes the world pause and look again. There are lovely vehicles, and this is among the amazing ones of the present time.

Comfortable interior: Premio also features a nicely crafted interior. From the lovely seats to the attractive dashboard, everything about the interior feels homey. Kudos to Toyota for this.

Fuel-Efficient: Although this isn’t the most economical vehicle Toyota has ever produced, it deserves some accolades given its strong engine and operation.

Durable: You wouldn’t need to be visiting your mechanic every time. Even when some little issues occur, you can be sure to resolve them in no time and at a cheap cost. The spare parts are readily available.

Toyota Premio: Some Things You May Not About the vehicle

One main downside to this vehicle is that whenever mechanical problems occur, it drastically affects the fuel mileage, consuming almost times two the amount of fuel it consumes on a normal day.