For lots of great reasons, the Ford Ranger is one of the bestselling compact pickup trucks in history. It is one of those trucks you are guaranteed to fall in love with on your first ride, either behind the wheels or in the passengers’ seats. Beyond that, the entire line of Rangers from their inception in 1984 has been the number one compact truck ever.

Over time, Ford has proven to be the very best when it comes to compact pickup vehicles. While some Ford Rangers have dominated the market in recent times, some other models have not made such popular name. Later models have been revamped in a few ways including an increased extended cab, a new 4 wheel drive system, and larger room for passengers in the rear. 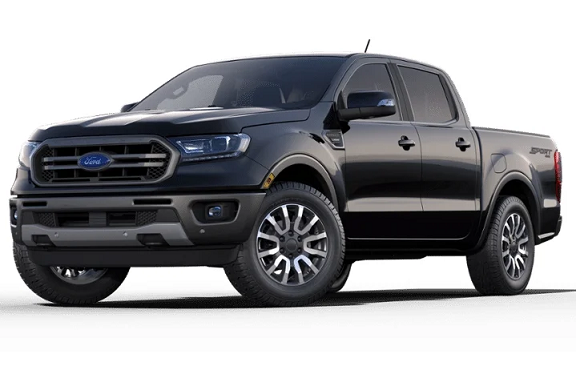 Ford has won the hearts of vehicle lovers in Kenya and the Ford Ranger has only made the relationship stronger. The Ranger may not be the most popular truck model in Africa, but it sure rules the compact pickup market in Kenya. Most models are available with either a 6 or 7-foot cargo bed with an optional liner. When it comes to body design and strength of a vehicle, it is difficult to pick a brand that high scores above Ford and they have again demonstrated it with the Ranger lines.

With the Ford rangers increasing popularity in the Kenyan market today, it is essential to take a look at how much they go for in recent times. In this post, we will take a look at prices of brand new versions of latest models of Ford Ranger. We will also consider prices of used versions and reasons why they are highly rated in the market.

Given the riches is quality and remarkable feature and functionality of For Ranger models, you wouldn’t expect the truck to come cheap. Ford vehicles are known for their standout designs and market friendliness.

Ranger is not the most expensive truck in the market, neither is it the cheapest. On the average, a brand new Ford Ranger can be purchased between Ksh 8 million and Ksh 9 million, depending on the trim and model. Usually, factors including currency exchange rate, place and period of purchase would have been factored into the eventual price of the vehicle.

This is probably among the most talked about issues about the line of Rangers. Although the features and basic characteristics which include the high efficiency, toughness, and remarkable engine operation are amazing and user-friendly, most people still believe the amount the truck go for is rather high for the automobile market. Regardless, Ford Ranger still remain among the most sought after compact pickups in the Kenyan market today.

The list below shows the prices of foreign used Ford Ranger series in Kenya in 2019. It should be noted that the variation in these prices is as a result of some certain factors including the year of production of the vehicle, the condition of the vehicle, the currency exchange rate at the time of purchase, custom clearance tariffs and other similar factors.

Ford Ranger: Things You Should Know About The Vehicle

The Ford Ranger is one of the bestselling compact trucks in the automobile market for several years. Because it has the capabilities of a work truck and comes at a reasonable price, the Ranger has always been a hot choice amongst other competitors.

The safety features including dual-stage front airbags and four-wheel anti-lock brakes come under the basic trim. It also comprises side seat airbags and Roll Stability Control System along with AdvanceTrac mechanism to improve the general safety of the vehicle. Jump seats are now conventional in the 2-door Ford Ranger.

Ford offers a 6-feet long bed as the regular and seven-foot-long bed is optional on all of its trims. The material used for seats on all trims is cloth, whereas on the trim base XL vinyl is convention clothing material. Leather seats and satellite radio are offered only on the top-line trim.

Additional options for this vehicle include two 15-inch Alcoa forged aluminum wheels, body-color side moldings, as well as new packages. Its outer design motif holds equipment and features like an aggressive valance and power-dome hood structure as well as a nostril grille. These are very much steady with the rest of the Ford compact truck lineups.