There is no doubt the Nissan Dualis rates among the very best automobile companies in the world. While no one has ever doubted the quality of Nissan vehicles in terms of durability, efficiency, ruggedness, second-hand value and other core features, some fans have raised their doubts and asked questions as regards the brand’s taste in style and beauty.

True that; Nissan earns full credit for manufacturing top-rated vehicles but usually sport vehicles with simple and ordinary designs. They had to make a statement; they were dared to come up with real style. Nissan had to answer; and they did in the very emphatic way with the introduction of the Nissan Dualis.

The Nissan Dualis sometimes doesn’t get the accolades it deserves. Despite its amazing features, style and lovely efficiency, they are usually not rated among the very best vehicles in the market. This is partly due to that fact that Nissan is not as popular as some other automobile brands. 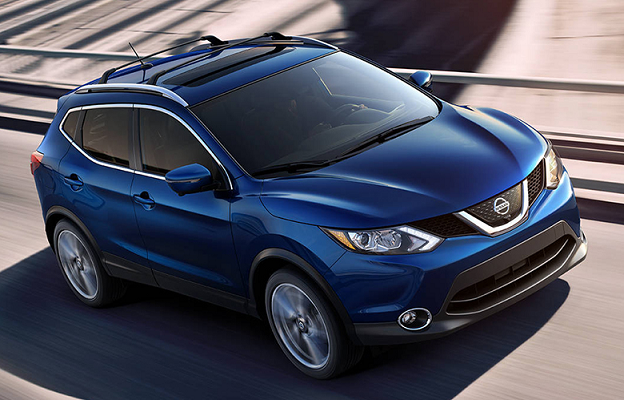 The Dualis is one of the most stylish Nissan vehicles to ever be produced. In terms of car quality, durability, stability, efficiency and overall value for money, it is difficult to look beyond Nissan Dualis in the mid-class level. If one thing is certain, then you should know that Nissan cars deserve to be rated among the top automobile brands in Kenya today and lovers of cars will appreciate the quality and overall functionality of the vehicle.

One of the main attractions with this vehicle is the price. Given its remarkable features and outstanding specs, only a few would expect the vehicle to be that cheap. Kenyans have fallen in love with this vehicle. Its affordability apart, the unique design and lovely interior will make you savour the automobile even at a first view. The ride is smooth, smooth enough to be ranked among the most comfortable mid-level vehicles in the market in Kenya.

If you are willing to know more about Nissan Daulis, you are on the right page. Here, we will take a look at prices of the brand new and used versions of the vehicle in the current market in Kenya.

For a vehicle as strong and highly rated as the Nissan Dualis, one would be surprised by how affordable the vehicle is. While Nissan Vehicles are cheap and relatively affordable, their presence in the market is still not as strong as some other popular brands.

Brand new Nissan Dualis are still readily available in the Kenyan market today. They can be gottend directly from the manufacturer or distributors across the world. For convenience, they can also be gotten from local and international wholesalers within and outside the nation. A brand-new Nissan Dualis can be acquired for between KSH 4 million – KSh5 million depending on the trim, model and currency conversion rate at the period of purchase.

One of the strong points of the Nissan Dualis is its design. The vehicle is built in such a way to be durable for a long time and maintain its efficiency. Its interior is one of the top selling points of the car.

Apart from the fact that it is beautifully crafted and designed, its seats are comfortable and regardless of how long they have been in use, they maintain steady quality both in and out. The vehicle boast a strong second hand value, a feat that has been really embraced in Kenya. Provided the Nissan Dualis is in great condition, whether locally used or foreign used, the vehicle could be a great asset and a wonderful buy.

The Nissan Dualis is becoming more popular in the automobile market in Kenya and the availability has meaningfully increased especially in the local scene. Used vehicles imported to the country are usually more expensive than locally used versions. Let us now compute the prices of used Nissan Dualis in Kenya today, considering both local and foreign used versions.

Things You Should Know About Nissan Dualis

The Nissan Dualis continues to be as popular in Kenya as it in the whole of Africa, where it is more known as the Qashqai. Automobile fans continue to be charmed by the hybrid body style – which combines hatchback and compact SUV. The design is also more urban friendly than that of the Nissan with which it’s twinned – the boxy and rugged X-Trail soft-roader.

There are no specific standout features, but the entry-level Dualis ST is sensibly equipped for a base model, offering 16-inch alloy wheels and a full-size steel spare, LED tail-lights, cruise control, leather-wrapped tilt- and reach-adjustable steering wheel, height-adjustable driver’s seat with cloth trim, and a four-speaker audio system with AUX/USB inputs, iPod integration and Bluetooth phone connectivity with audio streaming.

The cabin layout is clean and appeals to almost everyone, and there is a high-quality sense to the soft-touch dash, the door trim plastics and the white-stitched leather material in the high-grade models. It’s let down by the quality of the fit, though, with a number of loose fixtures and panel gaps undermining any assertions of a premium feel. The front seats are comfy and the view from the driver’s seat is impressive – helped by the Dualis’s relatively stance.

The back seats are pretty firm and decent. On the plus side, the full-length panoramic sunroof creates a fantastic sense of openness by bathing the cabin in natural light. If you need a reasonably efficient and relatively affordable SUV, you wouldn’t be disappointed with the Dualis.