There is something about the Suzuki Alto that makes it stand firmly among the fan favourites when it comes to small cars in Kenya. Suzuki doesn’t have to be the most popular name in the automobile world to rule this class of vehicle. In fact, the Alto is one of the very few Suzuki vehicles you will find in Africa; and you bet it is worth it for all they care. Apart from the fact that this vehicle rates among the most reliable and classic minicars available today, their fuel efficiency and rugged design are factors you cannot but appreciate in the vehicle.

While some other minicars are out there for their beautiful design and fanciful layout, the Alto stands out in terms of functionality, efficiency, ruggedness and overall performance. Does the size really matter? Maybe a little. Does it affect the functionality and operation?

You bet this car beats your expectation. It is one of the plenty reasons the vehicle has built a special place in the hearts of automobile lovers in Kenya today. Its relatively small interior apart, the Alto gives you plenty to admire in terms of beauty and even much more to savour in its functionality and operation. 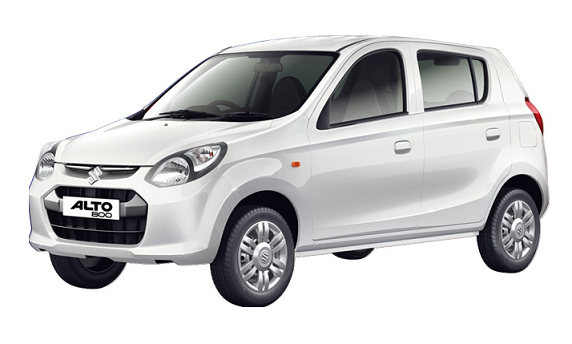 In Kenya, the Alto is one of the most sought after small sedans and doesn’t seem like it’d go out of the market anytime soon. The car, exclusively crafted out with attractive interior, exists in three main variants: Maruti Suzuki Alto Standard, Maruti Suzuki Alto LX and Maruti Suzuki Alto LXi which are BSIII and BS IV compliant. Its compact size has been one of its main selling points, with people going for the car mainly because of its shape and surprising efficiency. As small as the Suzuki Alto is, it commands even more attention than some larger cars thanks to its style and exclusivity.

Since Suzuki launch the Alto brand in 1979, the small car has been a revelation in the automobile market. It has been welcomed with open arms in various parts of the world and remains a favourite in Kenya. You wouldn’t expect anything less from a cheap vehicle that offers you almost everything you’d desire in a vehicle. It is efficient, rugged, and commands attention with its compactness. It is also firm on and off the road, a feat that is really rare for small vehicle.

The latest model of the Suzuki Alto is still very much available for purchase in the automobile market in Kenya. The can be gotten directly from the Manufacturer or local and international distributors. A brand new Suzuki Alto can be acquired for between KSH 1 million – KSh1.5 million depending on the trim, model and period of purchase.

Can you get a fairly used Suzuki Alto that will deliver at almost the same efficiency as a brand new counterpart? Of course you can! Kenya has recognized the market for used vehicles in recent times and have come to love it. The used version gives you a reasonable alternative that comes cheaper and handy. Why buy a brand new when you can easily get almost same quality and efficiency in a fairly used version, especially if you cannot afford a brand new model? The Suzuki Alto, built to last for a long time while maintaining its steadiness on and off the road, builds a perfect case for used vehicles in Kenya.

The Suzuki Alto is a popular choice in the minicar market and has built a name for itself thanks to its durability and ruggedness, which makes it maintain a reasonable second-hand value. The list below shows the prices of locally and foreign used Suzuki Alto cars in Kenya. While these prices as reliable, it should be noted that the variation in these prices is as a result of some certain factors that the year of production of the vehicle, the condition of the vehicle, currency exchange rate at the time of purchase, custom clearance tariffs and other related factors. Also, it is always advisable to confirm these prices I the market before purchase.

Suzuki Alto: Things You Should Know About the Vehicle

Although largely considered to be a simple car, the Sukuzi Alto boasts plenty of features in the interiors that include a super cool air coolant, an electronic power steering, and fitting cup holders. The car also comes equipped with delightful sets of fabric seats, a moulded carpet, a luggage compartment carpet, cabin lamp, a floor front console, a floor rear console, a glove box and front door pockets.

The car balances so well on the road and is comfortable to ride in. Although the steering can be spongy on rough roads, you can still easily manoeuvre you way in tight spaces. The rigid suspension takes all the bumps to itself without sending across an unfriendly message of the rough roads to the occupants. If you are one of those that love compact, sleek and efficient cars, then Suzuki Alto is a great choice to consider.