When it comes to a mid-size car that exudes elusive sophistication, the Toyota Mark X is perhaps one of the most shining examples of brilliance and standard. Classy in every way possible, Toyota has shown they certainly rate among the very best in the automobile market.

Once again, they have demonstrated creativity, innovativeness and absolute class in the production of a rather brilliant mid-size vehicle in the Toyota Mark X. As one of the most popular cars in East Africa, Toyota Mark X has become synonymous with affordable automobile comfort, with a quiet and decorous sense of luxury that leaves the automobile lovers in no doubt as to the driver’s and even passengers’ impeccable taste. 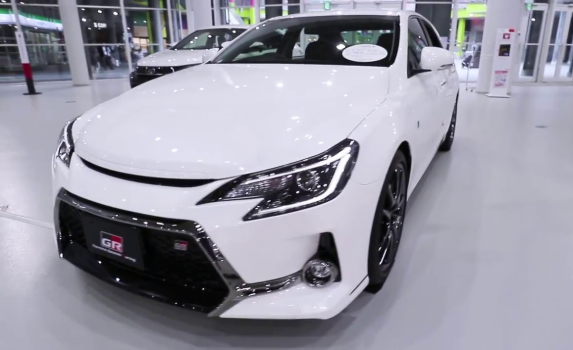 Unlike most other Toyota brands, the Toyota Mark X is exclusively available in certain parts of Africa and Asia. It is rated among the most in-demand midsize vehicles in these parts of the world and it easy to see why. On the go, the Toyota Mark X feels like a smaller Lexus GS250 rather than a superior Camry 2.5. You wouldn’t be able to say so many negatives about its classy design and body and be ready to be wowed with a more sophisticating and appealing interior.

The 2.5-liter V6 of the Mark X is relatively quiet when not in top speed or in motion and smooth when revving. It is also easy to fall in love with its 6-speed transmission working the gears as slickly as a skilled chef slicing tomato. Full-throttle up/down-shifts are astonishingly quick, a feature sports car lover would definitely love.

Kenya appreciates this Toyota magic; it is obvious as it rates among the most sold midsize vehicles in the market and does not look like fading away soon. The fact that the spare part is relatively easy to get and that the vehicle is easy to maintain makes it more popular in the market and considerably a lot of people’s favorite.

Let us take a look at how much the Toyota Mark X go for in the current market. We will also consider some basic facts to note about the car and why it rates among the most sought after today.

A brand new Toyota Mark X can be gotten directly from any Toyota store in most parts of Asia or East Africa. For ease, the automobile can equally be gotten from local and international suppliers inside and outside the nation. A brand new Mark X can be acquired for between KSH 3.5 million and KSh4.5 million, depending on the model and currency exchange rate at the period of purchase.

One of the many advantages the Toyota Mark X has over a few other Toyota automobiles is that it is restricted to certain regions and has made it more popular in those areas. They appreciate it; they love it; they demand it and they want even more of it. Toyota Mark X is one of the most sought-after midsize automobiles in Kenya today.

Since it as officially launched into the market in 2004, Toyota Mark X has remarkably managed to stay among the very top brands in the market and has significantly improved, boasting an even more sophisticating and efficient model year after year. The mid-size vehicle has experienced an excellent update and the latest models have only added more taste and class to the brand.

The amount used vehicles go for vary depending on the type of vehicle, the model, and the overall condition of the vehicle. While some vehicle brands have built a strong reputation for manufacturing durable and reliable vehicles, some are known for their fragile models.

Toyota is seen as one of the brands that have proven over time to be reliable and you wouldn’t expect anything less from one of their best most loved midsize cars in Mark X. Although locally or foreign used Mark X may not be as clean, smooth, and entirely as neat as the brand new versions, you can be almost certain of almost the same efficiency and overall delivery, provided the used car is in great condition.

Thanks to the way the vehicle was built, it can withstand various conditions and environmental factors and still maintain its smoothness and ruggedness. The physical and mechanical condition of the car, the fuel mileage, neatness, and engine strengths are a few factors to consider when buying a used Mark X. It should be noted that these factors also affect the eventual price of the vehicle.  Furthermore, factors like currency exchange rate, clearance and tariff charges, and other transport-related charges impact the potential cost of the used vehicle.

Kenya has been a great market for utilized vehicles in recent times.  This class of vehicles is readily available in the market. Let us take a quick look at how much various models go for in the current market. We will separately consider prices of foreign used and locally used Toyota Mark X in Kenya today.

Toyota Mark X: Things You Will Like About the Vehicle

Toyota Mark X is a midsize vehicle that has impressed the world since its release in 2004. It proudly rates among the most sought after in the Kenyan market and here are some reasons why