If you desire a station wagon you can confidently rely on and trust to deliver any day any time, then the Toyota Succeed was designed just for you. Rated among the most efficient Toyota space wagon ever along with the Toyota Probox, Toyota Succeed has over time proven to be dependable, rugged, and absolutely efficient.

Is it the most reliable space wagon in the automobile market today? Maybe. Is it as efficient as it was and is advertised to be? Definitely. Is it available in Kenya today? Very well. How much does it cost in the market? That is what we are about to find out. 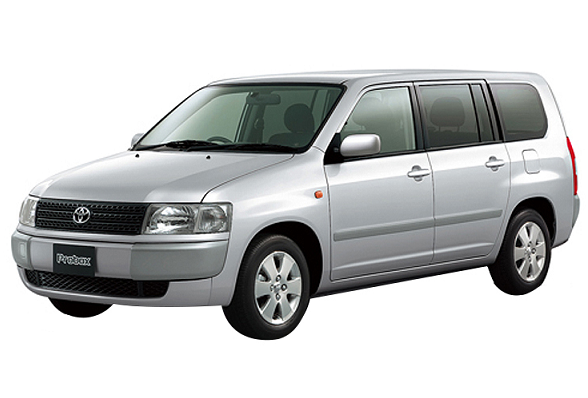 Since the Toyota Succeed was introduced into the market over 18 years ago, it has risen to be among the most favored space wagon in East Africa and certain parts of Europe. This ever-efficient automobile has brought smiles to people’s faces over a large period of time and still remains the real deal in the space wagon market. It is closely associated with the popular Toyota Probox and is marketed as a 5-seater passenger wagon.

The Toyota Succeed and Toyota Probox are among the most popular wagons in the Kenyan market, especially with small businessmen. They are dynamic and efficient. They easily combine as both cargo and passenger wagon.  When observing from afar, it is quite difficult to differentiate between these two wagons but a closer and sterner look makes you clearly identify the differences.

Let us take a deeper look at this super-efficient Space Wagon and how much it costs in the Kenyan market today.

Although the Toyota Succeed still remains widely sought after in the automobile market in Kenya, it still rates among the expensive wagons. Considering the quality of the vehicle and all it has to offer, including the functionality and overall operation, you wouldn’t be so disappointed and surprised about how much it goes for in the market. The newest models of Succeed can be gotten for between KSh2,000,000 and KS3,000,000 depending on the model and trim.

While the Toyota Succeed is not the finest of automobiles in terms of beauty and bodily design, it emphatically rates among the strongest and most efficient space wagons in the automobile world. Toyota has taken time to build a remarkably strong vehicle that combines as both a passengers’ vehicle and cargo. If you are a close observer of strong vehicles, you’d see how easy it is to rate Succeed among the very best in the present market and one to be mentioned in history.

The accolades the vehicle has earned does not go without affecting how much the vehicle goes for in the market in Kenya today. Although it is not the most expensive space wagons in Kenya, it is also no way near the cheapest. Since it dropped into the automobile market in 2002, the wagon has remarkably upgraded in almost all aspects, and it will even get better.

When it comes to reliability and dependability, Toyota Succeed tops the rank among other space wagons. Irrespective of how long the vehicle has been in use, provided it remains in steady condition and the engine is still smooth and fresh, you can guarantee that efficiency and dependability. This is one of many reasons people opt for used versions of this space wagon. Its design and body were built to be durable and long-lasting, which means they are reliable in terms of both design and functionality.

The Toyota Succeed is a popular choice in the auto market in Kenya and the handiness has vividly increased in the local scene. Foreign used vehicles imported to the country are usually more expensive than locally used versions. The market for fairly used vehicles has grown in Kenya in recent times. These used vehicles are easier to acquire, relatively and significantly cheaper and yet, maintain similar functionality and overall efficiency as brand new equivalents. In as much as the used vehicle is in great condition, acquiring them can be a bargain.

Let us now compute the prices of used Succeed in Kenya today, considering both local and foreign used versions

Toyota Succeed: Some Things you Need to Know

The Toyota Succeed entered the market along with its lookalike, the Toyota Probox, in 2002. Known for its efficiency and outright ruggedness, the Succeed has dominated the Kenyan market in recent times. In comparison to the Probox Van, the space wagon offers a number of extra features that give it a little edge in the Kenyan market.

The latest models of the vehicle are equipped with a 1.5-liter engine which is an improved version of the existing 1NZ-FE type based on the 1.3-liter 1NR-FE type that is fortified to the Vitz and other similar vehicles. Both of them are furnished with a VVT-i convertible valve timing mechanism on both sides of the intake and exhaust further enhancing fuel efficiency.

The 1st generation Succeed identified as the NCP50 series was in production between 2002 and 2014. The 2ndgeneration Succeed known as the NCP150 series has been manufactured from 2014 to date. The Toyota Succeed is available with a 1.5Litre 1NZ engine mated to either a 4 speed automatic or 5-speed manual transmission. Given their strong engine and firm handling, the vehicle doubles as a passenger’s car and cargo.